Sumitomo Rubber Industries, Ltd. is pleased to announce that we have finalized our motorsports activity plan for 2022. This year, we will once again be supplying our high-performance tires for both two-wheel vehicles and four-wheel vehicles competing in various races and racing categories—from beginner-level competitions to world-class tournaments—both in Japan and worldwide. At the same time, we will also be working even closer with our sponsored drivers and racing teams as they give it their all to improve upon their stellar record from 2021. Through our active participation in motorsports activities, the Sumitomo Rubber Group aims to further enhance the value of our DUNLOP and FALKEN brands and to augment our overall tire development capabilities while at the same time supporting car lovers the world over and contributing to the advancement and popularization of competitive motorsports in general.


The SUPER GT Series is widely considered to be the pinnacle of Japanese racing. Fresh off our victory in the GT300 Class last year, we will be adding two new racing teams (“SHADE RACING” and “BUSOU Drago CORSE”) to our roster this year, bringing the number of vehicles competing in the GT300 Class with DUNLOP tires to seven. With another two teams on our roster in the GT500 Class, DUNLOP is proud to be supporting eight racing teams with nine vehicles in total at this year’s Super GT.

Meanwhile, with an eye toward lowering the barriers to entry so that more and more people can actively enjoy competitive motorsports, we will be providing one-make tires for entry-level formula racing tournaments such as the Formula Regional Japanese Championship, the FIA-F4 Championship, the JAF-F4 Championship and the Super FJ Championship, as well as one-make tires for open-participation competitions such as the TCR Japan Series, VITA RACE and BMW & MINI Racing. Further, we will also be working to support the cultivation of younger up-and-coming drivers by sponsoring and providing tires for races that are open to amateurs, including the TOYOTA GAZOO Racing GR86/BRZ Cup. 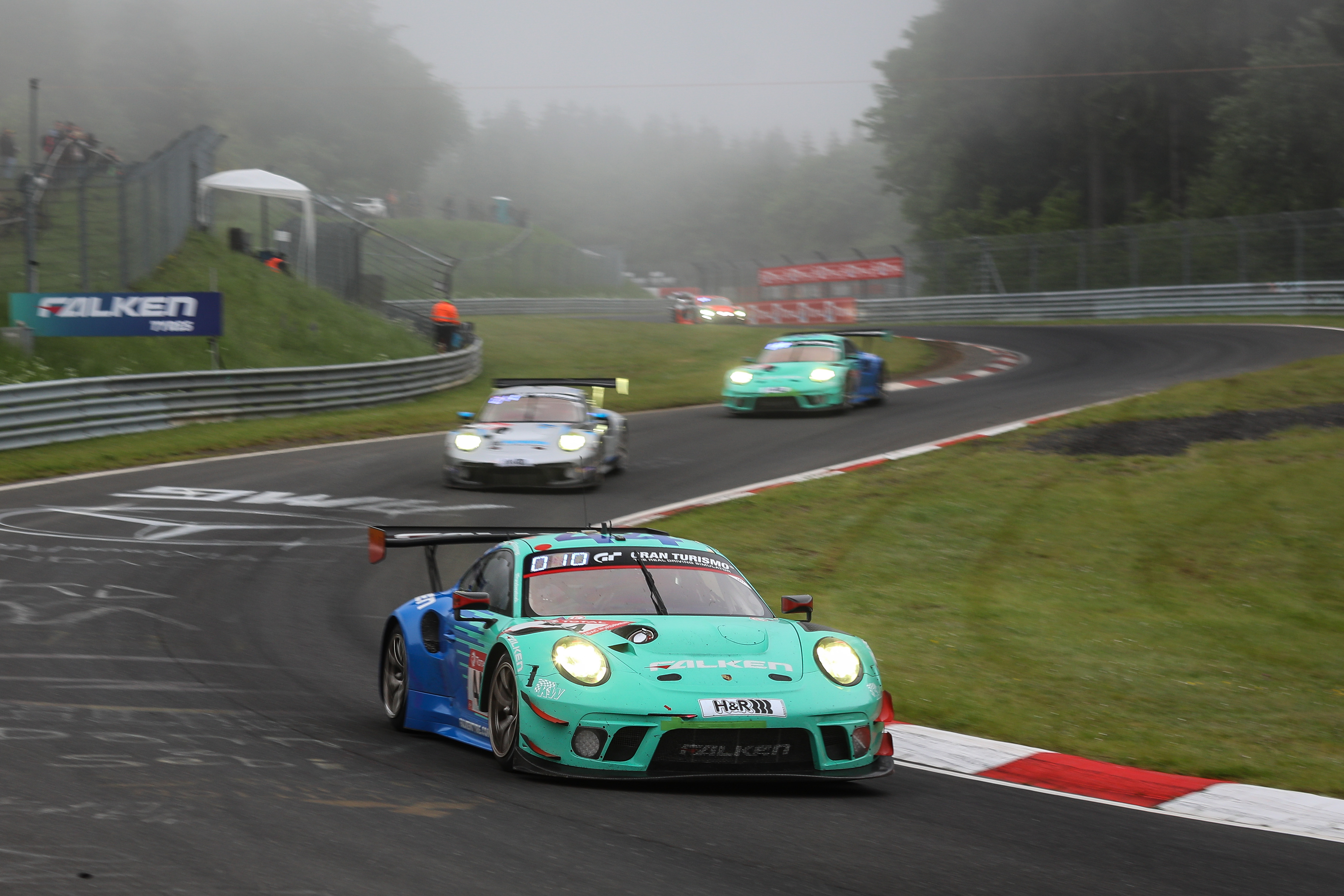 In 2022, FALKEN will once again be competing in the legendary ADAC TOTAL 24-Hour Race (commonly known as the Nürburgring 24h-Race due to its venue: the famed Nürburgring Course in Nürburg, Germany), which is widely considered to be the world’s toughest endurance race. Continuing from last year, Team FALKEN Motorsports will once again be competing for glory with two Porsche 911 GT3R racecars. At the same time, we will also once again be supplying tires to SUBARU TECNICA INTERNATIONAL as they compete in the SP3T Class for the first time in three years.

Through these activities, we aim to further enhance the value of our FALKEN brand, which is already quite popular in Europe and North America. 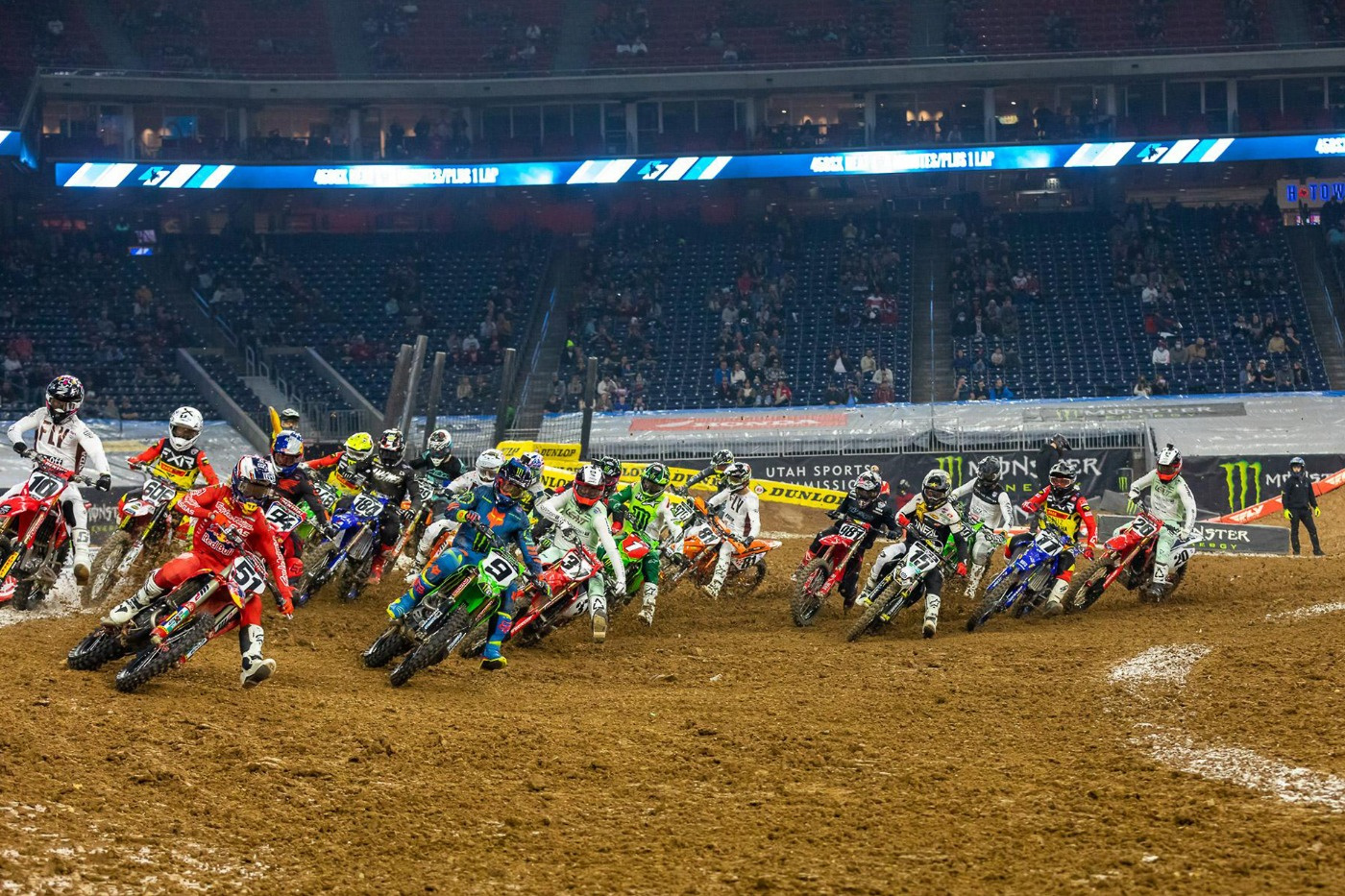 We will be supplying one-make tires to support riders competing in the Moto2 and Moto3 Classes at the FIM World Championship Grand Prix, which ranks among the world’s premier two-wheel racing tournaments. At the same time, with the new addition of “Webike SRC Kawasaki France Trickstar” to our roster this year, we will be supplying tires to four teams competing for glory in the FIM Endurance World Championship.

Meanwhile, when it comes to off-road racing activities, after setting a new record by dominating in all classes at the AMA Supercross Championship (USA) for twelve consecutive years, DUNLOP will once again be gunning for victory in all classes for our thirteenth straight year while also aiming for the title of World Champion in the Motocross World Championship.

Here in Japan, we will be supporting many riders as they compete in a wide range of races and racing categories, including the All Japan Road Race Championship. We will also be supplying one-make tires to support younger riders competing in the Junior Champion Class at the NSF100 HRC Trophy Championship and other competitions held to cultivate up-and-coming riders. Through these activities, we hope to contribute to the creation of an environment that is more conducive to the cultivation of world-class riders right here in Japan.

※Note: The above activity plan is based on the racing schedule as of the issue date of this News Release. Please understand that plans may be changed without prior notice.