Sumitomo Rubber Industries, Ltd. is pleased to announce the upcoming launch of DUNLOP SP SPORT MAXX 060+, our new flagship tires featuring improved performance when it comes to high-speed stability, cornering and wet grip in order to enable high-powered, high-torque premium vehicles to harness their performance potential to its fullest. We will begin releasing SP SPORT MAXX 060+ tires in a replete lineup of 59 sizes from March 1, 2022. These tires will be available at open pricing globally, launching first in Japan and then in the Middle East, Central and South America, Asia and other regions. 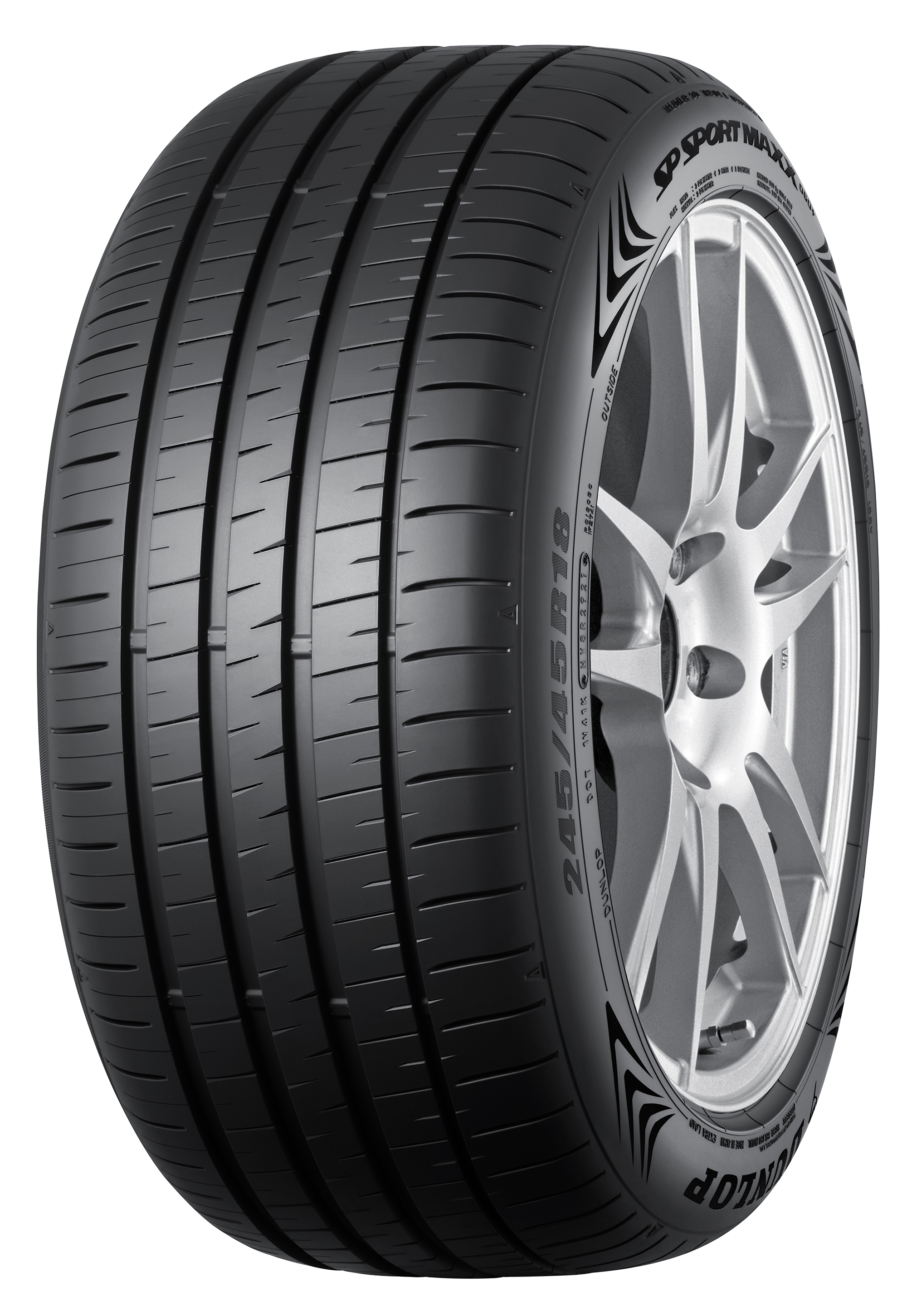 Featuring an advanced new material called “Sustainable Silica Dispersion Agent” as well as a newly developed asymmetrical tread pattern that optimizes the distribution of rigidity throughout the tread surface, SP SPORT MAXX 060+ not only achieves a major improvement in wear resistance compared to its predecessor (SP SPORT MAXX 050+), but also provides the balanced high performance in terms of high-speed stability, cornering and wet grip that one would expect from DUNLOP’s latest flagship tires. At the same time, the adoption of the natural “Sustainable Silica Dispersion Agent” contributes to a significant decrease in the overall environmental impact of these tires compared with conventional tires. 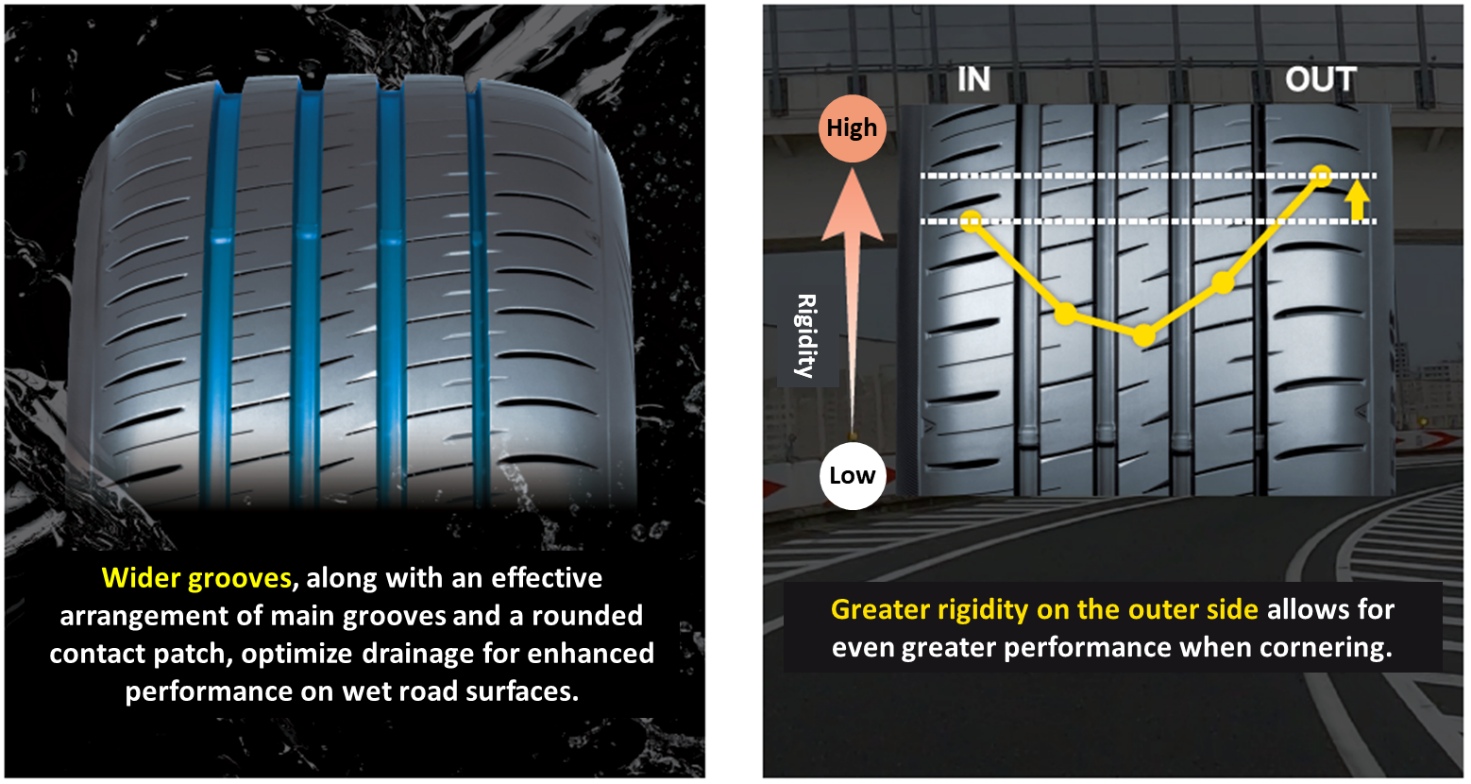 In order to provide the high-speed stability and cornering performance that premium vehicles demand, SP SPORT MAXX 060+ features a newly developed asymmetrical tread pattern that optimizes the distribution of rigidity throughout the tread surface. The tread design also takes advantage of a 14% increase in the total area of the tread that is in direct contact with the road compared with its predecessor (SP SPORT MAXX 050+) in combination with high-rigidity bands that incorporate aramid (which is also used in bulletproof vests) in order to enhance overall tread rigidity and so ensure a more stable drive. In addition, further enhancing the rigidity of blocks on the outer side of the tread ensures stronger grip when cornering. At the same time, SP SPORT MAXX 060+ also features wider grooves while maintaining a high land ratio*, as well as optimized groove arrangement and contact patch form factor, in order to enhance performance on wet road surfaces.

SP SPORT MAXX 060+ adopts “Sustainable Silica Dispersion Agent,” a new, natural material developed especially for our SP SPORT MAXX Series by Lion Specialty Chemicals Co., Ltd. This material readily forms bonds with both rubber (which is hydrophobic) and silica (which is hydrophilic), which allows for stronger bonding between rubber and silica while also preventing the clustering of silica particles. This in turn allows for an increase in the overall amount of silica (which improves performance on wet road surfaces) included in rubber compounds in order to provide superior performance in terms of both wet grip and wear resistance.

In order to create a heightened sense of luxury fit for the refined sensibilities of luxury vehicles while also leaving an undeniable impression on the beholder, SP SPORT MAXX 060+ displays the brand logo and product name in breathtaking black on the tire sidewall thanks to a new proprietary design technique called Nano Black*. This innovative technique uses newly developed engraving technology to add tiny bumps and dimples to the sidewall surface in order to suppress the reflection of light, thus producing much deeper, more vivid shades of black than anything seen on tires before. Thanks to Nano Black, the logo and other design elements not only catch the eye, but can also be seen clearly when viewed from any angle.